they explained memes on all things considered today. they talked to Richard Dawkins, the flaming atheist, who coined the term and the guy from lolcats, Ben Huh. they interviewed dawkins on why he coined it and huh on how it is used on the internet. melissa block gave huh some examples of things and asked whether they were simply viral or memes. the double rainbow video is viral, the remixed song about it is a meme. then melissa played “never going to let you down” by rick astley. and asked if that was a meme. well, huh told her that she had just insulted him, sort of, by rick-rolling him. it was hysterical! then, at the end of the segment, melissa rick-rolled the listeners! i love NPR!

some pictures of stuff that i have done recently: 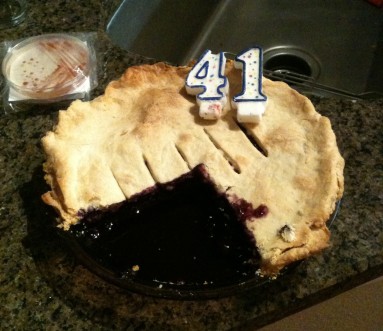 this is the pie my friend mo and her brother sam made me for my 41st birthday! blackberry pie yum! 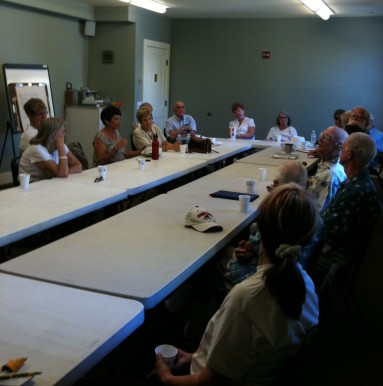 this is a shot of my mom’s cracker barrel discussion group. we talked about banking, schools and “news weeks best places to live” report, before i had to leave to catch my plane. not a lot was determined in this particular session. nothing new was said i hadn’t heard my libertarian friends moan about here in texas. 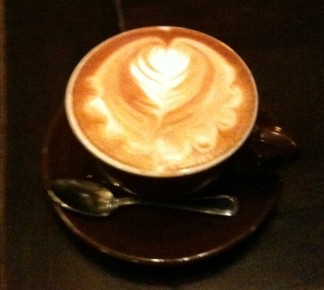 this was christine’s cappuccino at the naked lounge. it was just pretty, so i took a picture.

wardrobe remix was amazing today. too many fabulous photos to make comments on!

and finally! a photo andreas’ took of me in my car as i drove off to college! i look seriously dorky but was just so crazy excited. my car was stuffed with stuff and i even realized, luckily before i left town, that i had forgotten my bathroom bag. 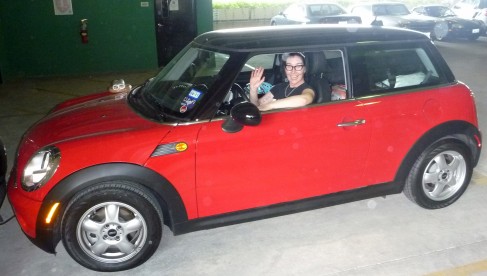 first day of class was exciting but anti-climatic. we did safety and some math. i found 2 errors on the calendar. it seems we have to bring most of our books to all of our classes. which is nuts. so far i am not intimidated. maybe tomorrow will be more scary. i DID go to A&P I. i am auditing clement’s class. he was totally excited to see me. has 3 cds of music to share! i am just super excited to be in this program and look forward to whatever it throws at me. we’ll see how long i maintain this joy!