the reason i was thinking about the friends helping you with a job thing was because of a segment i heard on the PBS news hour (previously the lehrer news hour) about 99ers. people that have been unemployed for 99 weeks plus. that’s basically 2 years. these people were so depressed. and i wondered, don’t they have friends that want to help them? or is it just so bad around them, no one can help? i am the only financial analyst i know. most of my friends are in IT in fact. they don’t really have connections to help me. is it the same for these people? the commentator suggested retraining to one of the 99ers. his response was ‘for what jobs?’ i sort of feel the same way. i hope nursing is the way. it will certainly be interesting and emotionally enriching like corp america wasn’t

went to the “my life with the thrill kill kult” and “lords of acid” show last night, in san antonio. it was weird. first, patrick and i met at a TKK show. that didn’t actually make me feel anything about it. it is just a historical fact. and it was 1991! almost 20 years ago. sheesh. TKK looks old. i feel old. the kids at the show were not dressed up. i was so disappointed. i wore my vintage/punk dress and got lots of compliments. there were a few people in bondage/fetish/hardcore-wear, but only a few. it was mostly shorts/tank-tops or jeans and t-shirts. i was so disappointed. when patrick and i saw the hives in london, howlin’ pelle even asked how many people were out to show off in their best outfits. what happened to those days? that wasn’t THAT long ago. i feel so old fashioned. the show itself was ok. the artists were very available, hung out in the crowd, which was cool, but the sound system/acoustics were SO bad, it almost didn’t make it worth it. *sign* 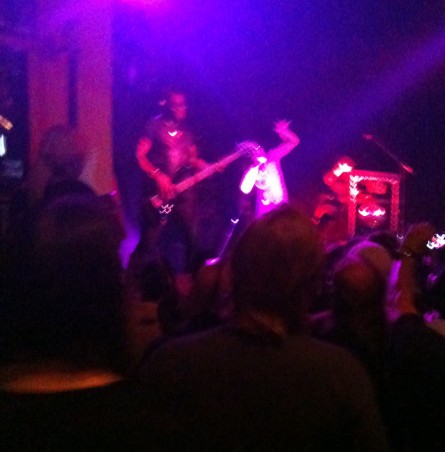 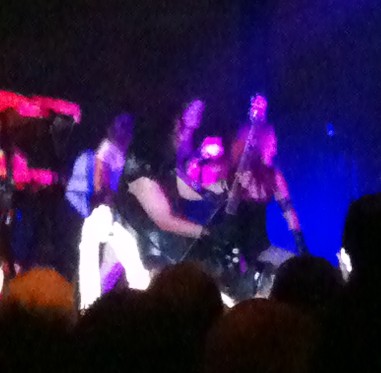