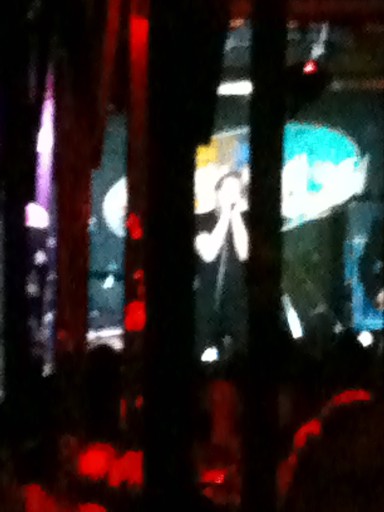 i got my final hep vaccine dose on friday. and then i went to the gym. and i have been in pain ever since. called the 24-hour nurse line and they said without a rash or tingling, it is fine to just take pain killers until it goes away. i mentioned it to a friend tonight and she said her tetanus shot hurt for 4 days. it sucks. andreas and i rigged up a sling from 2 bondage restraints and a leather strap. the restraints were pink. no one asked any questions (which disappointed me, actually).

freshman english is frustrating but stimulating. i wrote a great essay on the wrong topic. the editors don’t work on the weekend in the summer. i don’t think the teacher realizes that. psych is dumb. i got 96/100 on the exam WITHOUT READING THE CHAPTERS. why do i have to take this? why doesn’t the teacher just give me an A?

the capo and optimus prime groom each other a lot. it’s cute.

i had a friend write me a note this week where she expressed how much i had influenced her life. that i had taught her to have confidence in herself. that i was a powerful person that people looked up to, even if i didn’t feel it myself. it was a very kind thing to say. and i am delighted to hear the strength in her conviction for herself. on the other hand, this is one of the many people in my life who walked away. we bumped into each other again, and we are facebook friends again. it makes me sad too. here i am a important person in these peoples lives and yet, they walk away and i end up alone again. i do realize that i am a strong personality that can be exhausting to deal with. i realize that i ask a lot of others, though certainly less than i ask of myself. but it is sad to be me. who believes in me? ok, i know lots of people do, but who says ‘hey, how’s it going? everything good? you’re doing great you know! need anything? anything i can do to help?’ and then when i say yeah, a *insert helpful thing here*, they do it. i realize i am not good at asking for help. and i put on a strong outer shell. i don’t see point of bringing people down just because i am having a tough time. but i can tell when someone is struggling. when someone is working hard to out on a brave front. and i think i am pretty good at offering support in those cases. so whatever happened to ‘do unto others’? am i missing something? am i completely deluded? i’d just like it if someone were to look deep inside and see.

a beetle looking bug walked under my chair a few minutes ago. i didn’t scream. i did go get the cats and have them address it. the capo is still playing with it under my desk. i think. maybe he has moved on to the computer cables.

i believe i have mentioned before that i have a difficult time ‘getting things done’ if things aren’t ‘just so’. my study/work area has been a problem for a while. i haven’t been able to find the right desk and chair. things just didn’t feng shui for me. but i think i am close. i found a vintage desk, which i think was really a vanity originally. someone took off the mirror and sprayed it black. the important thing is it is low enough for me. all my previous desks have been too high and given me typing issues. of course, i am typing this on the couch (which has more to do with the bug, honestly). ANYHOW…the chair is an old school house wooden chair done in aluminum. i don’t know that i could do an entire day at it, but it works for the occasional sitting down and checking things. i’ll post a picture very soon.

andreas and i got VERY sunburned yesterday. we went to the spa with the groupon and lay by the pool. we lay UNDER an umbrella ALL day. they only time sun touched my skin was while i was in the pool. approximately 15 minutes. i put on the bathrobe for all trips into the sun. it hurts though i am more worried about what it will do to my skin. yeah, it is that bad. not as bad as my brother when we were kids, no blisters. serious burn lines. and i am worried i will peel. everyone says REAL aloe vera. as in, go buy a plant and cut up the leaves. sheesh.

i have the first draft of an essay due tomorrow. the topic is ‘illustrate how the author’s works you’ve chosen are examples of news that stay news’. my problem is i mostly read fiction. and even the ‘heavy’ fiction i’ve read is pretty sparse. the only ‘significant’ author i have read multiples is tolstoy. and though i loved my tolstoy class in undergrad, his work doesn’t really speak to me. andreas suggested Aldous Huxley’s ‘Brave New World’. though that is only one book. Judy Blume seems like a a good choice too. but it has been SO long since i read them. i am sure i romanticize them in my mind. *sigh*